Making work part of your plan. 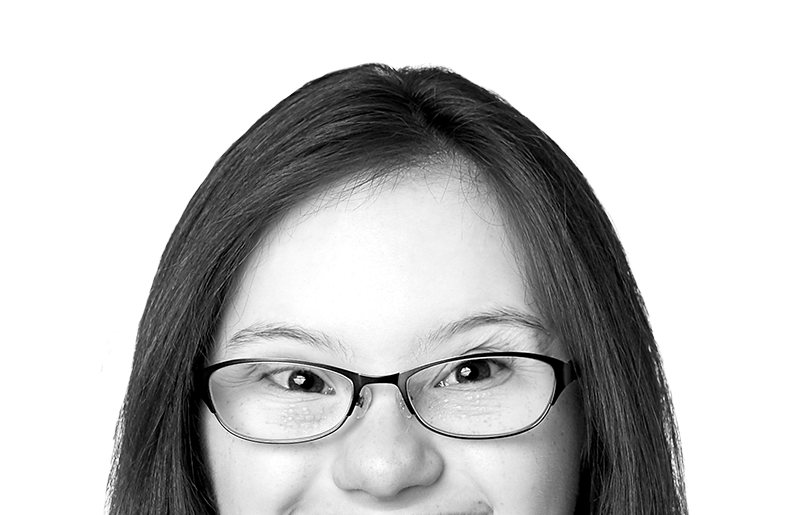 “I had a job coach for my first job. After 40 hours, I could work on my own. Anyone can work with the right kind of help.”
– A Hub user

How employment has worked for others

Their stories show how collaboration and creative thinking can help people with disabilities achieve competitive integrated employment. Read their stories for inspiration or to jump start your own conversations about work.

Team approach
Earlier in the year, John had applied for Vocational Rehabilitation Services (VRS). When John got the landscaping job, his family contacted VRS to see about summer job coaching support. John’s family and the VRS counselor thought John would need 1:1 ongoing support and supervision on the job, so the VRS counselor contacted the county to coordinate long-term employment supports. VRS agreed to fund initial coaching to help him get oriented to the job and learn job tasks. Then, the county worked with John’s family to decide how to best modify their waiver budget to provide the needed job supports when VRS support ended.

Success
Initially it was thought that John would need a 1:1 job coach for the entirety of his summer job. However, after 40 hours of job support, John was able to work independently with natural supports on the job.

Kylie is in a high school transition program. Kylie and her work coordinator had a person-centered, informed choice conversation about work.

While talking to Kylie, the school work coordinator discovered Kylie loved going to her local salon and thought she might like to work there. Knowing Kylie was moving toward employment, the work coordinator invited a Vocational Rehabilitation Services (VRS) counselor to Kylie’s Individualized Education Program (IEP) meeting. A week later, Kylie applied for VRS services. The work coordinator contacted the salon to inquire about job possibilities.

If Kylie had needed ongoing support once stabilized in her position, job coaching through supported employment services would have been authorized through her DD Waiver.

At age 16, Micah started asking for a job. His school connected him with Vocational Rehabilitation Services (VRS). Unfortunately, this was long before Minnesota became an Employment First state, and it was determined that Micah couldn't be employed competitively due to his disability. His case was closed with VRS.

When Micah graduated from high school, he started going to a day training and habilitation (DT&H) center-based  program for adults with disabilities. Due to limitations with using his hands, his productivity rates were low and he earned just 37 cents an hour.

Micah asked for a job outside the center-based DT&H over and over again, but no action was taken. Finally, at age 31, Micah had a conversation about employment with a person from a Center for Independent Living (CIL), who asked if he liked where he was working and what he was doing. He again expressed an interest in working in a different setting and this time it worked. The CIL worker helped Micah contact his waiver case manager. The case manager updated Micah's community service and support plan to show  his competitive integrated job goal and helped him connect with Vocational Rehabilitation Services (VRS). Micah applied for VRS services again and this time he was found eligible.

With support from his VRS counselor, Micah connected with a Disability Benefits 101 benefits specialist to see what  would happen to his benefits when he went to work in the community. When Micah saw he would make more money working in the community  and he could keep some of his Supplemental Security Income (SSI) and his health care wouldn't change, he was even more inspired to find a job.

At the same time, Micah, his VRS counselor and his waiver case manager agreed that employment exploration services — which included some customized employment strategies — would help Micah figure out what he wanted to do and set a job goal.

After Micah worked with a waiver employment exploration provider to learn about different careers, he found he would like to work with technology. Once he had that goal, Micah began working with VRS to secure a job. Micah visited local technology companies. During a tour at a large technology retail store, a manager saw Micah's job skills and asked him to return to meet the other managers. From those conversations, Micah was offered a part-time job working 25 hours a week earning $11 an hour. Micah needed support to do some of the job tasks. He worked with his case manager to find a job coach to help him four hours a week, which is paid through waiver employment support services.

Now that Micah is employed, he no longer attends the center-based DT&H. In Micah's free time, he works toward improving the lives of others with disabilities through the use of creative technology.

Sean had been in a center-based work setting for many years paid through his Developmental Disabilities (DD) Waiver. Sean told center staff and his waiver case manager that he wanted to work in the community. His waiver case manager authorized waiver employment exploration services and connected him with a service provider. Sean and the waiver employment service provider worked together to better understand his skills and interests for competitive integrated work. They also went to Disability Benefits 101 to see how work would impact Sean's benefits and found Sean would have a lot more money working in competitive integrated employment.

When they had some ideas about what Sean might like to do, his waiver employment service provider helped him contact Vocational Rehabilitation Services (VRS) to further explore his options. Sean applied for VRS. Sean and his waiver case manager attended the VRS intake meeting and brought verification of Social Security benefits and information that documented his disability. With this information, eligibility for VRS was determined right away.

With a team approach, VRS and the waiver employment exploration provider identified Sean's skills and interests and his goal to work in a manufacturing career. Sean's VRS counselor contacted a local manufacturer. After a conversation about Sean and what he could bring to the business, the manager of the plant was open to exploring Sean working for them. Sean had not worked in the community for many years, so he and his team thought job shadowing would help Sean better understand if he would like the job.

Sean went to the manufacturing company and followed one of the employees through their day to see what it was like. The job shadow was a success, and Sean was interested in the job. The team knew Sean would need support to learn more about the tasks and skills required before moving directly into the job. A 280-hour paid internship at the manufacturer was arranged through VRS, and Sean's waiver case manager authorized ongoing employment support services through the waiver for job coaching during the internship.

Sean's internship was a success! He was offered a job at the manufacturing plant. He worked with his VRS counselor to purchase the steel toe boots he needed for his position. Now Sean is working 15 hours a week. The waiver continues to pay for four hours of job coaching each week, and Sean decided to keep going to the center-based DT&H program on his days off.

Katie has a job that she loves, and she wants everyone to know that people with disabilities want to work hard, strive, and do their best.

Watch Katie's story (2:05). Katie's story is part of the We Work! campaign on empowered employment by the Metro Regional Quality Council.

« Previous: Youth and work | Next: How the Hub can help »